In the past few years, there has been a significant evolution in how we currently build, ship, and manage software. Let’s discuss the most Popular Container Orchestration Tools to run our servers.

By moving from bare metal to virtual machines to containers to micro-VMs, the way we use the underlying infrastructure to run our program has substantially developed.

Popular Containers are becoming the main method used by enterprises to package and distribute their applications due to the increased usage of microservice. In the course of this progress, Kubernetes has established itself as the industry standard for coordinating containers, and Docker has practically become synonymous with containers.

The business will directly profit from this transition’s fault isolation, resource utilization, and workload growth, which are some of its main advantages.

We’ll get into the what and why of container orchestration in this post. In order to assist you in selecting the best Popular Container Orchestration Tools for the job, we’ll also look at some of the top tools currently available and compare them to one another.

Once More, what are Containers? Why Even do we Require Them?

Back then, we utilized bare-metal hosting servers, which are essentially actual, on-site servers, to run our apps. It was a labor-intensive, costly, and prone-to-error enterprise that scaled very slowly.

I love that! But why are we even talking about containers if we have already solved the above-mentioned problems with virtual machines? 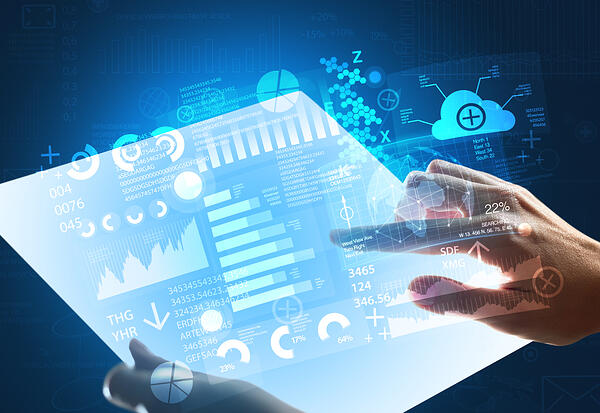 Popular Container Orchestration Tools, however, raise the bar. You might think of them as tiny virtual machines that attempt to use the underlying host OS for the majority of tasks rather than delivering a full-featured operating system. Container-based virtualization ensures greater application density and optimal server resource usage.

The fact that virtual machines (VMs) virtualize the underlying hardware while containers virtualize the underlying operating system is a key differentiator between the two. Each has different use cases. It’s interesting that many container deployments employ virtual machines (VMs) as their host operating system rather than bare metal.

If robustness and the capacity to grow quickly are crucial to you when developing a monolithic or microservice-based architecture, containerization is your best option for packaging your application for the majority of workloads.

What Does Container Orchestration Actually Mean?

However, in scaled environments with complicated dynamics, its true utility really emerges. Teams can control and automate a variety of processes with the aid of tools in this area, such as:

Although containers are very helpful on their own, it can be difficult to deploy, maintain, and scale them across several hosts in various contexts. Another term for streamlining this procedure is container orchestration. 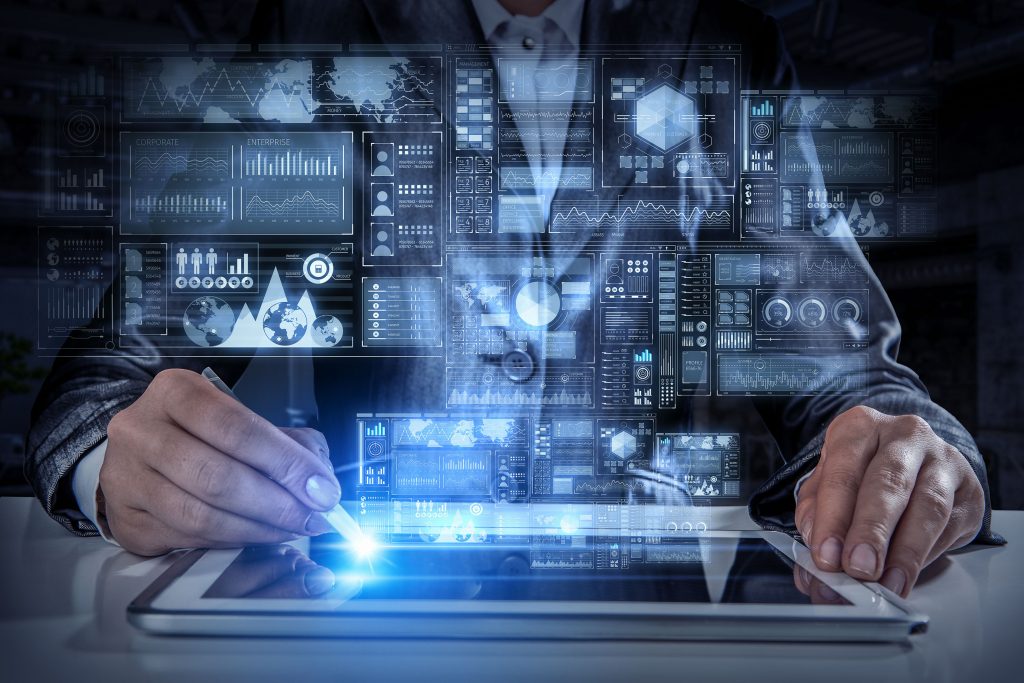 From the consumer’s perspective, the majority of container orchestration technologies use the same techniques. They enable you to configure your application using configuration files, often in YAML or JSON, that instruct the orchestration tool where to obtain container images, how to conduct networking, how to manage storage volumes, and where to push logs.

In order to make things auditable and repeatable, software teams typically want to version manage these configuration files according to their environment (development, staging, or production).

The utility receives these configuration files via an interface (typically a CLI). Based on the constraints specified in the configuration. The tool then schedules the deployment and chooses the appropriate host to place the containers.

The tool continuously analyses the program by comparing the expected state with the actual state and querying health checks after containers are up and running. It tries to automatically bounce back from failures if anything doesn’t add up or fails.

The ability to use these orchestration tools in a variety of contexts, including desktops, bare metal servers, and cloud-based virtual machines, is a major selling advantage.

Popular Container Orchestration Tools gained enormous popularity once Docker was introduced in 2013. Since then, a variety of technologies have been created to simplify container management.

Although container tools have been available for a while, many believe 2017 to be the year they truly came of age. There are currently a number of open-source and paid solutions available for managing containers.

Some of the prominent players in the open-source sector are the advantages of Kubernetes, Docker Swarm, Apache Marathon on Mesos, and Hashicorp Nomad.

Let’s focus on a few of the most well-known Popular Container Orchestration Tools, compare them side by side, and attempt to better comprehend how they differ from one another.

The industry has discovered that Kubernetes dominates the container orchestration space, just as how Docker became the standard for containerization. Because of this, managed Kubernetes services are now being offered by the majority of the top cloud providers.

The industry standard for managing containerized workloads in private, public, and hybrid cloud settings is open-source software. Kubernetes was initially created by Google employees, who distilled years of expertise in managing production workloads at scale into it.

Since it’s open-sourcing in 2014, CNCF has been responsible for maintaining it (Cloud Native Computing Foundation). It is frequently shortened to k8s, which is a numeronym (starting with the letter “k” and ending with “s” with 8 other characters in between).

Scale-based container management is frequently quite difficult. How come? Because while running a single Docker container on your laptop might seem simple, automating the process to run many containers across many hosts while guaranteeing zero downtime isn’t as simple.

Let’s use a Netflix-like video-on-demand platform as an example, which consists of more than 100 microservice, 5000+ containers, and more than 100 VMs of various sizes.

Different microservice is handled by several teams. They frequently push to production and adhere to a continuous integration and continuous delivery (CI/CD) driven process. Production workloads are expected to be constantly accessible, scale up and down automatically as demand changes, and recover from errors that may occur.

The usefulness list of container orchestrators technologies really stands out in these circumstances. You can transform the underlying cluster of virtual or physical machines into a single, unified blob of resources using tools like Kubernetes.

They often expose an API that you can use to specify the number of containers to deploy for a particular app as well as how they should operate under increased load. Because these technologies are API-first, you can automate the deployment procedures inside of your CI pipeline, enabling teams to iterate faster.

One of the main causes of the rise in popularity of solutions like Kubernetes is their ability to manage this level of complexity in an efficient way.

2: Docker Swarm – A lightweight substitute that might soon become obsolete

First, let’s differentiate between Docker and Docker Swarm. Similar to rkt, Docker is a container runtime. On the other hand, Docker Swarm is a cluster management and orchestration tool built into the Docker Engine that is analogous to Kubernetes and similar tools.

It’s a slightly less complex and adaptable technology than Kubernetes and is most suitable for those looking for a quicker way to deploy containers. On a deeper level, you’ll see that both tools’ architectures share a lot of characteristics.

It’s vital to note that Mirantis indicated in late 2019 that Kubernetes would replace Docker Enterprise as the main orchestrator moving forward. They will attempt to make the switch to Kubernetes less difficult and will support Swarm for at least two years.

Does this mean we shouldn’t even bring up Docker Swarm anymore? Actually, no! All this currently implies is that there won’t be many Docker Swarm-as-a-Service choices available. Due to its modest weight and simplicity, it is still a choice for simpler use cases.

These days, monitoring is generally developing into a superset of observability. It is a measure of how well the internal states of a system can be deduced from knowledge of its exterior outputs if we can cut through the hype. 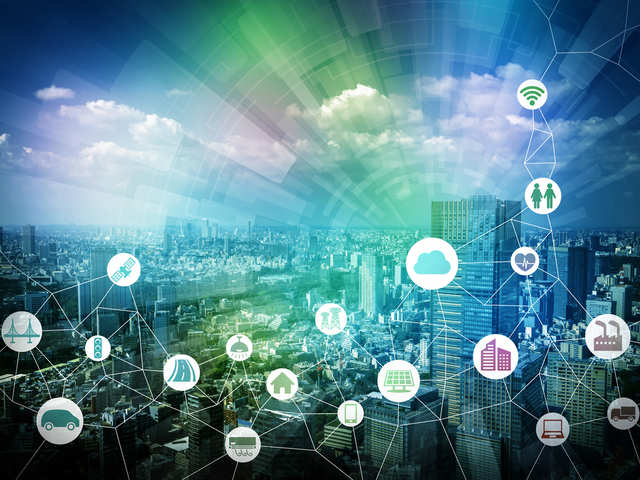 It integrates metrics, events, logs, and traces collection, visualization, and analysis to create a contextual understanding of a system’s operation. Monitoring your systems and apps has grown to be a challenging task in a world where distributed systems prevail and microservice are everywhere.

The key to seeing the wider picture is comprehending how various system components interact with one another. Having knowledge about Popular Container Orchestration Tools and how well your application is performing is a necessary component of that.

In order to determine the exact reason for N+1 database queries, sluggish queries, memory bloat, and other performance anomalies, Application Performance Monitoring (APM) solutions like Arzhost can help by highlighting the gaps in application performance.

software to run and orchestrate containers

software to run and orchestrate containers